I am beginning a painting in a way I have never explored.
As over the years, I have fallen in love with good linen and great panels made by American Easel in Salem, Oregon. Oft times I regret having to cover the beautiful grains of the wood so, something new.
I unwrapped the panel and looked at it trying to find an idea, somewhere the patterns wanted to take me. I began to see the shape of a bowl much like the one in "Hot Coffee in the Desert" that I painted last year.
I got out my little bit of Lascaux Primer Lascaux Primer for linen (you size your canvas before you gesso and use less than half the gesso) and brushed it on the surface of the wood. It dries clear but keeps the oil from sinking into the grain, at least some. When you use gesso on the wood you do not have to use primer, only on linen and cotton.
here, I used the primer as a base and it works wonderfully. 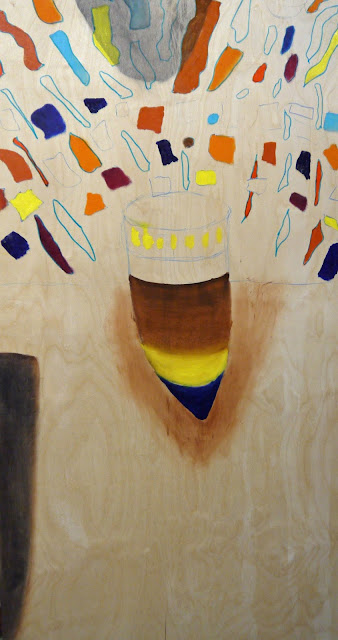 These are the first thoughts and I will post the next after I make some marks.

OK, I made some marks. 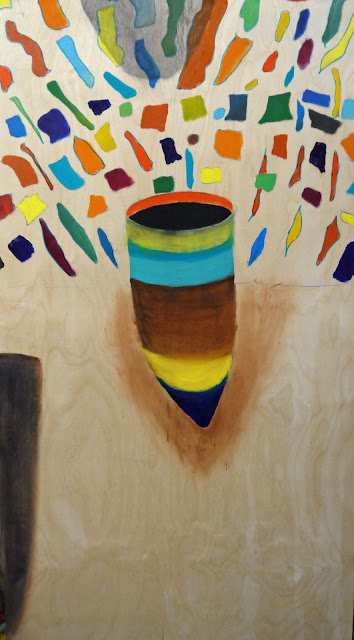 Tonight, after I let the paints settle in and relax a bit I came up to the studio and sat staring.
I knew I needed white but was unsure of which white. I chose Zinc White by M.Graham for the thinned paint. I used a splash of Gamblin's Alkyd Medium and some of the poppyseed oil from the same company to bring it to the consistency of heavy cream. I loaded a #8 Bright and started painting in the white.
Mistake. I switched to a flat about twice the size with softer bristles. It also was an issue as it would drop paint if I wasn't right there in it.

I ended up with a brush given to me by the rep for Princeton Brushes and another gift from the Isabey Brush Company, both about 22 years ago.
I was an art materials buyer for the U of O Bookstore for a few years and became the "expert" so people sent me stuff to try.
I am struggling a bit with the feel of the image. I want to evoke a sense of imbalance but with a motion of color the will pull it back to balance. 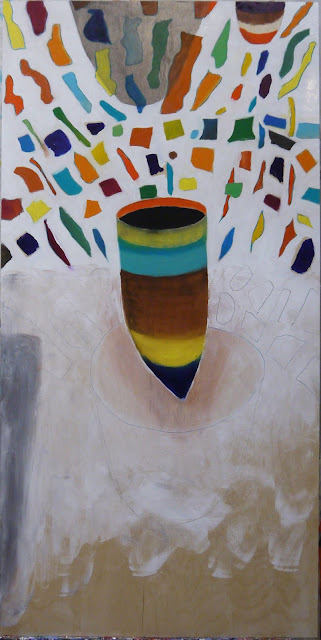 I will work on it more in the morning and post a note.

Now I will start adding details and blocking in colours. 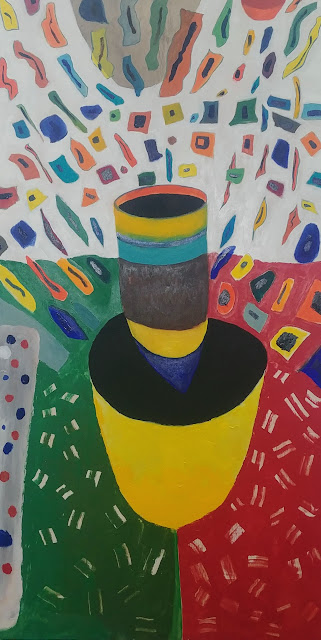 DONE!
Posted by Robert Canaga at 1:02 AM