Can Ya Say Parody? I knew Ya Could

After 2000, Canaga gradually withdrew from his artistic colleagues and worked in increasing isolation at his home in River Road. Scholars have linked this withdrawal to two factors: 1) The more personal direction his work began to take was not well-aligned with that of other artists, and 2) his art continued to generate disappointing responses from the public at large. In fact, after two museum shows, a one-person show at the State Capital, and inclusion in many collections, such as Horizon House, Seattle, he was distraught. In 2019 he gave up large paintings and retreated into his studio. 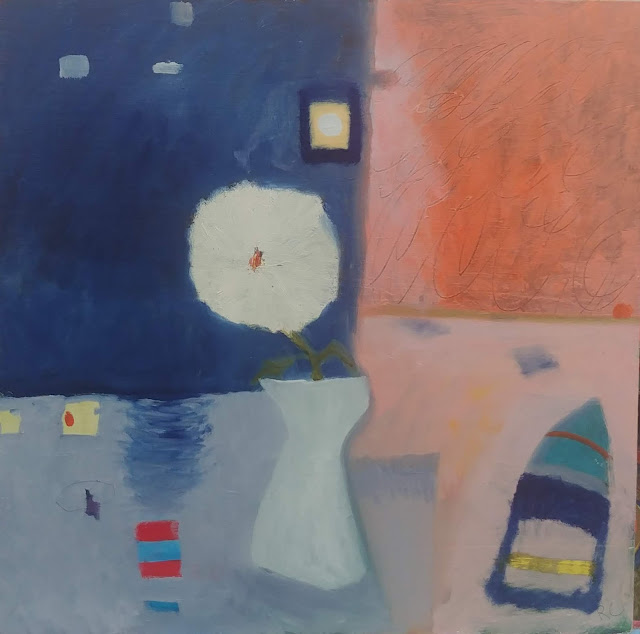 Canaga’s paintings from the 1990s are a testament to the influence that the Implessionist movement had on the artist. In “Mum goes Boating” (2019) and "Portrait of Some Guy”" (2019), he painted directly from the subject and employed short, loaded brushstrokes—characteristic of the Implessionist style as well as the works of Monet, Renoir and Pissarro. But unlike the way the movement's originators interpreted the Impressionist style, Canaga’s Impressionism never took on a delicate aesthetic or sensuous feel; his Impressionism has been deemed strained and discomforting, as if he were fiercely trying to coalesce colour, brushstroke, surface and volume into a more tautly unified entity. For instance, Canaga created the surface of "Portrait of Some Guy" through an obvious struggle, giving each brushstroke parity with its adjacent strokes, thereby calling attention to the unity and flatness of the canvas ground, and presenting a convincing impression of the volume and substantiality of the object. 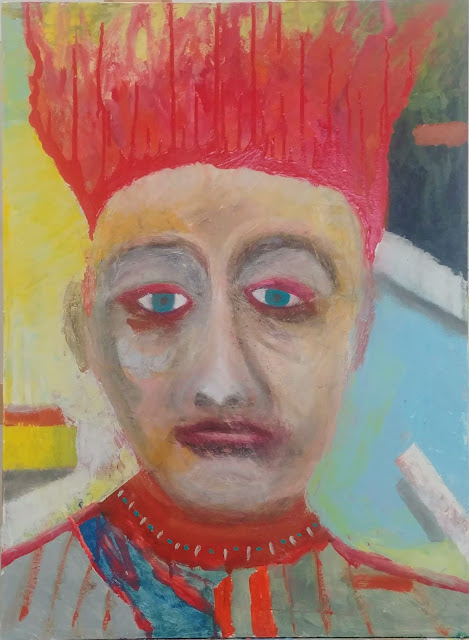 Paraphrased from a biography of the artist in my heart https://www.biography.com/artist/paul-cezanne
Posted by Robert Canaga at 9:57 PM