Finding Where This Came From

Sometimes we stumble upon totally unrelated things and they link together in a kind of discordant harmony.
Last week I was up here in the studio and was looking at images I had started but nothing was clicking. 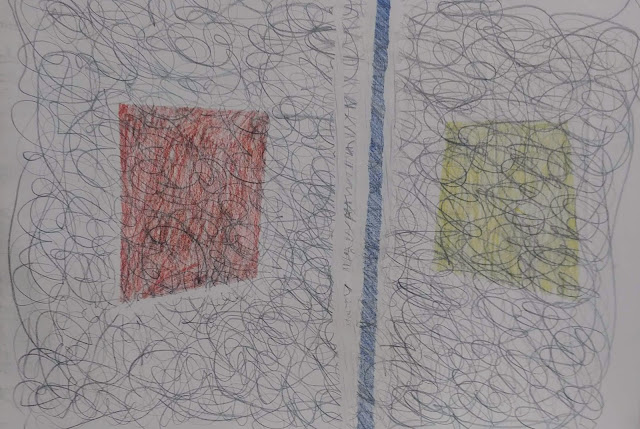 There was on old gessoed mat board in the corner that I had frustratingly scribbled on, secretly wishing I were Twombly, so I pulled it out and tacked it up on the wall.
The gesso had warped it enough that I found not get pins to keep it in place, so I painted it anyway. After having it pop off the wall a few times I got out the sheetrock screws and fixed it.
Just playing with blocks as it were. 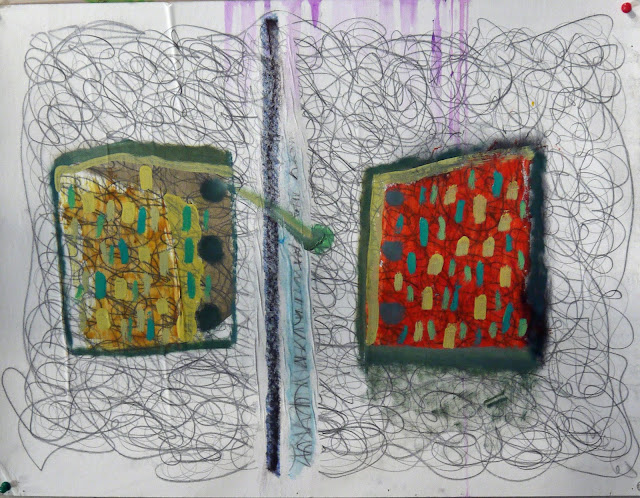 Fascinated by something I read recently of how humans look for connections to themselves in objects, I began to make up a story about the relationship between the two blocks.
We want to see something anthropomorphic in random objects. We project our humanity of capricious things like trees and rock shapes. So given that, putting legs on a box makes it human. A few days ago I watched a show on the relationship between Corts and Montezuma. It struck me that there was yes, a naivete on the part of Montezuma, but also on the part of Cortes. The long term has never been an element in the thinking of conquerors.
Thus white man has conquered the world.
Posted by Robert Canaga at 8:57 PM